While I love his tense psychological thrillers like Vertigo, the humour and tension of Rear Window and the horror of Psycho, there’s a special place in my heart for the heady mix of action, thriller and comedy that is North by Northwest. A better writer than me could certainly write an entire book about this film. I’ll limit myself to a few observations as to what I consider to be its most important qualities.

Visually, North by Northwest is stunning. Its opening titles, overlaid (allegedly) in a diagonal pointing NNW over an aerial shot of Manhattan skyscrapers is the first feature use of ‘kinetic typography’. The titles were created by Saul Bass – the master of 50s and 60s movie titles. North by Northwest might well be his best work. Indeed, it’s pretty obvious that the aesthetic of the film, including Cary Grant’s suits (and Madison Avenue profession), the sets and furniture are the inspiration for arguably the best designed television series in history – Mad Men [of which we’re about to finish our second run through. It’s all about Don and Roger’s friendship, n’est-ce pas?]. 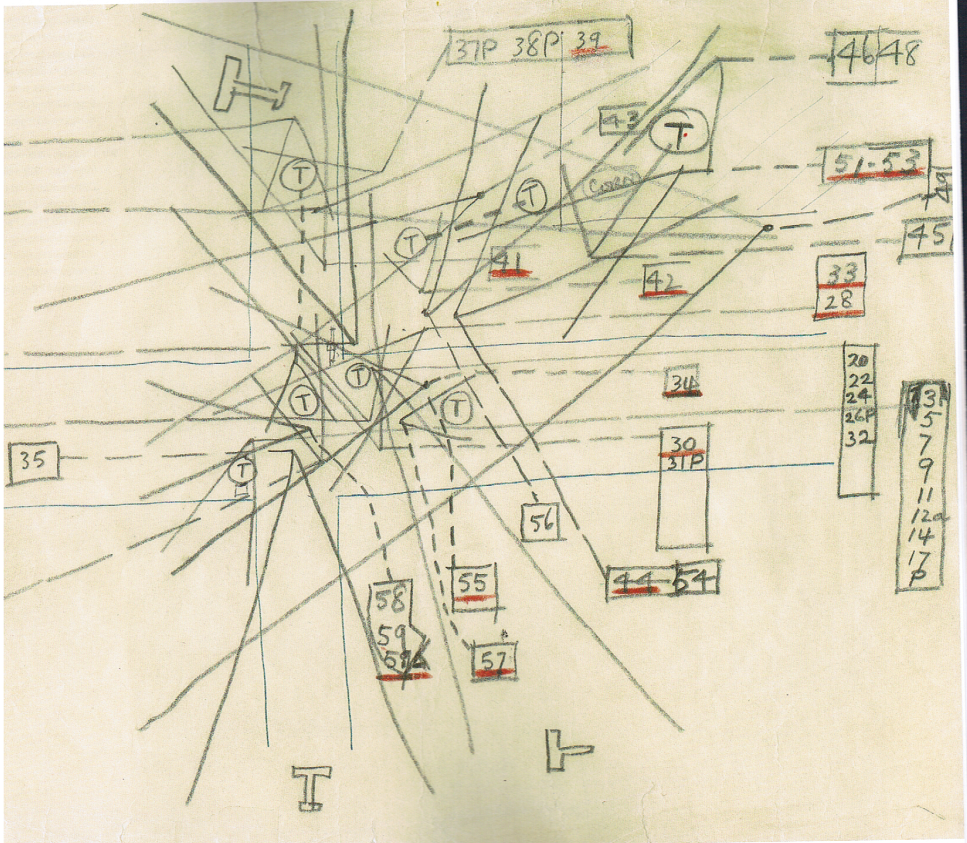 Even more important are the camera angles and techniques used in the film. These range from the striking straight-down camera perched high up on the United Nations building, which makes the building’s entrance look like a diorama, as Roger Thornhill flees – to the awe-inspiring crop duster scene, with its jaw dropping 61 camera angles and shots. This scene still impresses today – for a film from 1959, it feels remarkably realistic and seems to confirm the opinion that skilled cinematography, acting and direction can deliver better results than computer generated imagery in the hands of a dullard (cf: most adventure films released in the last 25 years or so).

The soundtrack is also noteworthy. Composed by Bernard Herrmann, it establishes drama instantly with a sinister expression consisting of only two notes: down-up, down-up – it was certainly good enough for John Williams to rip off for Jaws 16 years later. To my ear, the theme itself has something of Shostakovitch about it, but I’m no musicologist. Herrmann and Shostakovitch did collaborate much later, but that could just be coincidental.

Cary Grant is Cary Grant at his best in North by Northwest – suave, permatanned, confident and witty. He’s terrified at times but always manages to brush it off. Eva Marie Saint is a classic Hitchcock blonde – superficially beautiful with a modern, liberal outlook fitting the turn of the decade when the film was released. James Mason is perfect as a genteel baddie – backed up by more physically threatening henchmen. 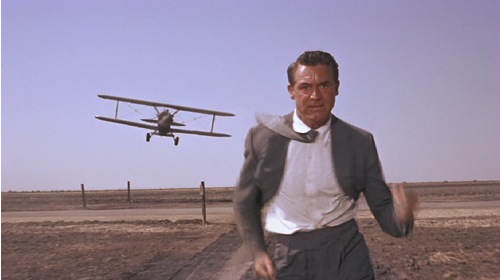 I suppose that in the end, what makes North by Northwest so much fun is that it’s clearly unreal, yet realised for the audience in a way that we can really enjoy it. The film is a fantasy piece, heavy on fun and light on symbolism, which frees it from the need for a more realistic or explicable plot line. The film’s set pieces, particularly the crop duster scene, are iconic and clearly had a huge impact on future action thrillers. I know I get a hint of a thrill from any film which shows one of those near-abandoned prairie crossroads and I strain to hear the sound of an aircraft. Just in case.

North by Northwest is certainly one of my favourite movies, up there with The Big Lebowski (another absurd fantasy, incidentally, though obviously a screwball comedy rather than a thriller). You’ve seen it plenty of times. Watch it again. I know I will.

If you’ve read this far, I’m promising now to do a bit more on here, mainly about films, books, music and food. So, see you next year.