We had a wonderful holiday in the Philippines over New Year, particularly the week we spent on Cuyo island. We stayed at the excellent Coco Verde Beach Resort and had the place to ourselves for 4 nights. We spent our time snorkeling and relaxing, enjoyed great food, cold beer and even wine with dinner. One day, we took a trip to Quiminatin island, a good two hours away by fishing boat. The snorkeling at Quiminatin was gorgeous – we saw dozens of species of fish, brightly colored living coral, huge clams, and lots more.

But the thing that really got me about the snorkeling trip was the boat ride. It was uncomfortable: sitting on a narrow plank for hours, particularly in wet swimming trunks, doesn’t make for a happy backside. But the thrill of the sea really got to me. Scudding along with a mild swell and your destination visible on the horizon: is there anything better? (Actually I’ve a sneaking suspicion that there’s more than a little salt water in my blood. Perhaps this was my inescapable destiny). 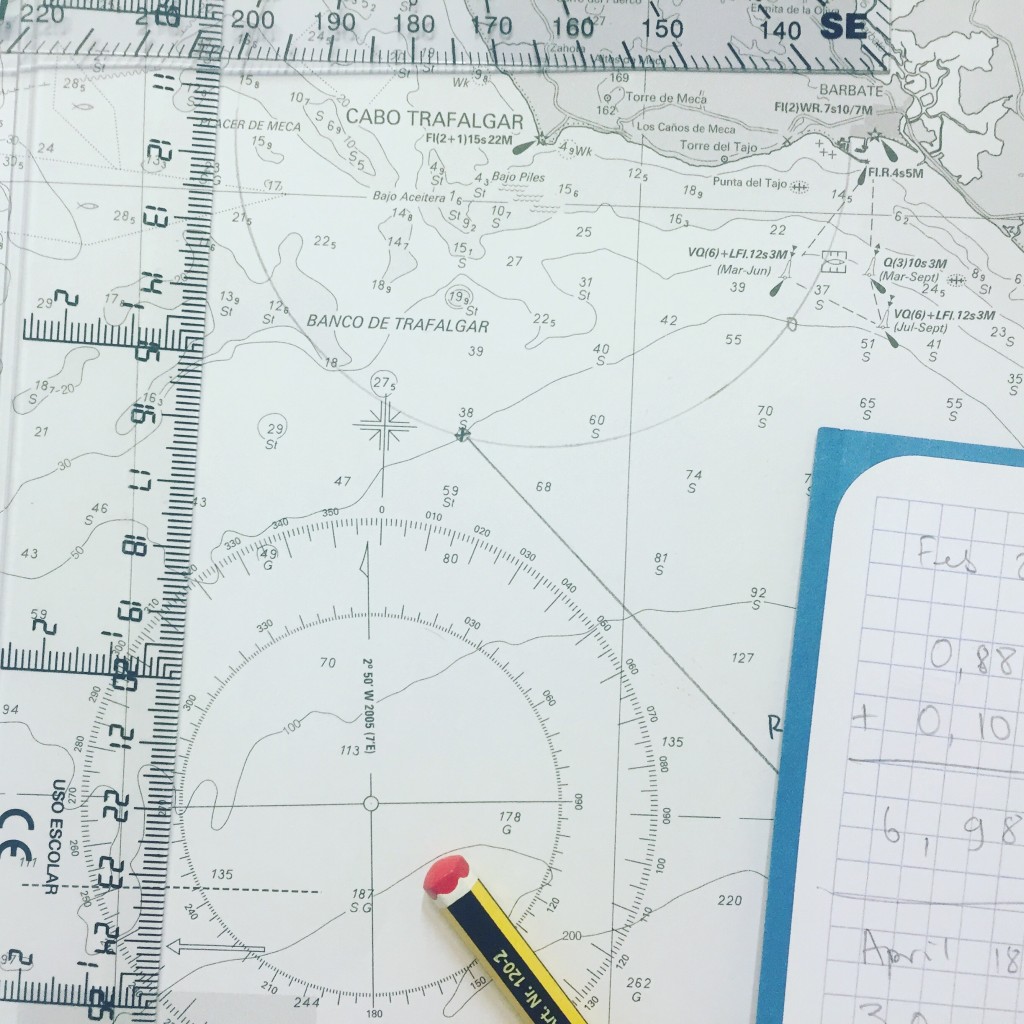 I’d talked about trying to get a boating license for a while. I can’t even drive. so it didn’t seem like a top priority. But that boat ride to Quiminatin and back convinced me. I signed up with the Corsa Nàutica school in Barcelona last month and did an intensive course over a weekend. Friday a couple of weeks ago, I took the theory exam in a high school in Sarrià (you’ve never seen so many floppy-haired posh types in your life) and today, the Generalitat has confirmed that I passed. Damned good of them. That’s the only test necessary to become a Skipper of Recreational Vessels so I now have to turn up for some hours of practical experience and radio communications and I’m done.

Shiver me timbers, and avast!

(If you’re thinking about doing something similar, I had a pretty good experience with the Corsa Nàutica school, based at the Port Olímpic in Barcelona. Friendly staff, decent course materials and so on.)

Here’s some additional information about the PER qualification.

The PER exam includes questions about parts of the boat (this bit’s basically a vocab test), beacons and other signalling apparatus, safety, simple navigation, international legislation, and nautical charts. The nautical charts section involves being able to find your location based on compass bearings to two charted objects, tides, correcting for magnetic deviation, and that sort of thing. You’re allowed up to 13 errors in total, and only two of them can be on nautical charts.

The exam is the only part of the qualification which you can fail – the other components being 2 days’ practical and several hours’ radio experience, which need to be done with a registered school.

Here in Catalonia, the exam is in both Spanish and Catalan, something which can actually help at times, if you speak both (e.g. ‘el bichero’ in Spanish is called ‘la gafa’ in Catalan, which gives more of a clue as to what it’s used for). Doing the exam when neither of these languages is your mother tongue is tricky but then the vocab is new to most people. And if Clive James can teach himself French by reading Proust, you or I can get through a few dozen multiple-choice questions with a bit of study beforehand. I have a feeling that you could probably pass the exam without doing the course, but you’d need to be a better student than I.

I’ve been trying to up my walking game recently. As a youth, I ‘did’ the 10 Tors on Dartmoor (45 mile route), and walked about 500 miles that winter and spring to train for it. I’ve always been keen on a good walk but laziness – both intrinsic and environmental – often gets the better of me.

The other day I finally did a walk I’d been talking about for ages: from Cerdanyola to the sea at Port Fòrum, by way of the river Besos. It’s a 21km route. So not too long, but not exactly a short stroll either. The walk leads you down the Riera de Sant Cugat to the river Besòs at Montcada, down through Santa Coloma (the Besòs has a great river bank path so much of this bit can be done walking on grass, if you prefer that sort of thing), and on to Sant Adrià de Besòs.

It’s a pleasant walk because it has a bit of everything. Annoying bike fascists, abandoned industrial colonies, and giant concrete white elephants. I also spotted a windmill under a bridge. If you’re willing to make a small diversion, you can witness the majesty of the Orange metro line, whose station at Can Peixauet is 40m deep – an unusual sight in Barcelona. And if you’re really lucky, you’ll see a yacht in Port Fòrum where a bikini photo-shoot is taking place. Or maybe they don’t do that every day.

At some point, probably more likely next year than this because of the dog, I plan to do the final section of GR10 from Canigou to Banyuls. More on that plan another day.

In which, overcome by an apparently record year for pollen in Barcelona, I attempt to contact an expert in the field for some explanation.

I don’t know about you but to me, this spring seems like it has been very polleny. At the end of March, just as winter lifted, my head’s immune system freaked out in a way that I’ve never previously experienced. The symptoms are fairly ordinary: blocked nose, itchy eyes. But this year, they’ve been particularly acute. I’ve also noticed that the further away I am from the centre of Barcelona, the better I feel. In the end, I decided to test my location theory by travelling to California for a week, just to get away from the airborne tree microgametophytes apparently so prevalent in Barcelona this year. It worked: either San Francisco doesn’t have pollen, or it has a type of pollen that doesn’t get into my poor, wretched eyes. Upon my return to the Capital of the Western Mediterranean, my symptoms resumed.

I’m fortunate enough to live in Cerdanyola del Vallès, a town I really like, just outside Barcelona proper. Indeed, I like it so much, I’ll still be living here after we move house next month. I work in the district of Sant Andreu. And I recreate in the fleshpots of Gràcia and Plaça Reial. I’ve noticed that my symptoms have been moderate in Cerdanyola, moderate to strong in Sant Andreu and strong to very strong in the city. And what has the city that’s so special? Why, plane trees, of course! And these apparently trigger the worst allergic reaction in me.

The department of aerobiology at UAB, also here in Cerdanyola, publishes a forecast for different pollen types in Barcelona and across Catalonia. I’ve contacted professor Belmonte, the head of the department to ask if pollen levels this year have been particularly high. I shall update when she responds. In the meantime, I recommend some inert eye drops and the nasal cortisone spray Rhinocort as good remedies against the symptoms. There’s no point going to the CAP for something so easily remedied with over-the-counter potions.

The program’s probably pretty much complete now so as usual, here’s a list of the acts performing at this year’s Primavera Sound festival in Barcelona. The festival takes place from May 30th to June 3rd. The first and last days will be free events at Arc de Triomf. Get tickets here.

This year’s lineup is a bit of a mixed bag. If, like me, you’re sick of FUCKING WILCO, and you’re a bit sick of most British indie from the last 3 decades, you could be forgiven with thinking there’s little on offer. (I say ‘most’ because I obviously still love Spiritualized and Björk, who’s practically British). But take another look and you’ll find much to amuse you.

Take AarabMuzik, for example, who makes quite good music by sampling quite bad music. And how about Dominant Legs who have a sort of Tom Tom Club thing going on. Or the ‘chillwave’ (whatever that means) of Neon Indian. Or Redinho’s electro fun times. There’s plenty to be enjoying. I’ll see you where we can see the sea.